On Saturday June 18, more than 250 drivers of sports and vintage cars gathered at the Château de Dampierre-en-Yvelines for the 6th edition of the Rally of the Cœur de Paris. For one day, these big-hearted pilots drove in order to accelerate the fight against pediatric cancers. 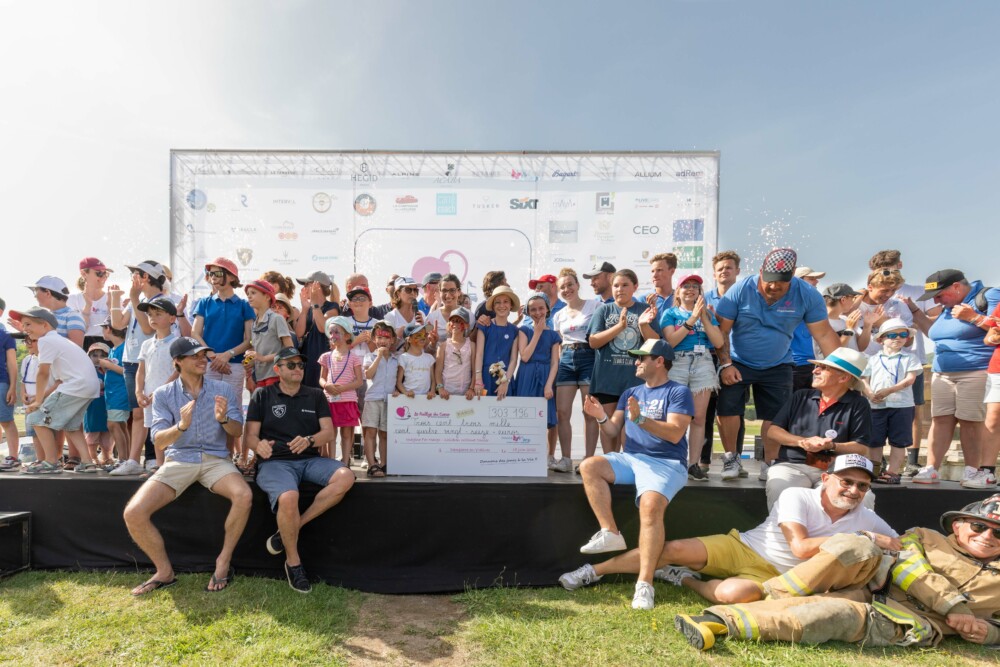 During this rally, which became the 1st charity rally in France, each participating crew sponsored a little warrior, some of whom were from a distance. “ For 6 years, the Rally of the Cœur de Paris has given a real boost to our fight against pediatric cancers. This superb sum will make it possible, this year, to finance 2 projects resulting from the call for projects evaluated by the Scientific Council of the SFCE and well-being operations helping the little warriors to fight against the disease. A huge thank you to Geoffroy de Susbielle, Ismaël Vukovic and all the partners and pilots of the event who give many smiles to the children every year. It is by continuing to mobilize all together that we will be able to win the race against the leading cause of death by disease among children in France and in Europe.” Patricia Blanc, Founding President of the Imagine for Margo association.

Thanks to their exceptional mobilization, the generosity of the drivers, their donors, partners and sponsors, more than €300,000 have been collected to accelerate the fight against childhood cancer.

MORE THAN €300,000 RAISED AT THE RALLY of the COEUR DE PARIS FOR RESEARCH AND THE WELL-BEING OF CHILDREN

The funds collected during this solidarity event will make it possible, in particular, to financially support 2 projects resulting from the call for projects evaluated by the Scientific Council of the SFCE:

The SACHA study promoted by Gustave Roussy aims at securing access to innovative molecules in Oncology and Hematology for children and teenagers. This unprecedented study in Europe makes it possible to collect data from children who have received an off-label drug (outside a clinical trial) in order to better assess their effect and quickly determine its impact.

Since its opening in March 2020, data from more than 200 children have been collected and analyzes are underway to quickly identify the effectiveness of the therapeutic approaches offered to children.

This project, led by the Institut Curie (France), aims at assessing the toxicity of an intravitreal injection of carboplatin on retinoblastoma. Retinoblastoma is a rare malignant intraocular tumor that affects young children (less than 2 years old on average) and can affect one eye or both eyes.

At the same time, part of the funds collected at the Rally of the Heart will be allocated to various “well-being” projects, including the renovation of the external treatment room of the pediatric department of the Mantes-La-Jolie Hospital.

For Fanny Hagely, Projects Coordination /Hospital/Associations in the pediatric department of the Mantes-La-Jolie hospital: “It’s partly thanks to the help of Imagine for Margo and events like the Rally of the Heart, that we will be able to alleviate the difficulties related to the disease and to the treatments in Oncology/ Hematology.” The objective: to offer smiles and improve the daily lives of children with cancer.

See you in 2023 for new editions of the Rally of the Heart.