How touching to see these two little warriors play together! Children with cancer do remain children, even when they have to face the disease. Seeing their smiles while they fight daily against their cancer is very moving – it was like a happy pause, where they can evade for a bit.

A huge thanks to film director Stephen Kidd for his very touching pictures, to Maya and Djibril for their good mood and talent and to Christian and Elsa Reuilly for the script.

The film was shot in July 2016 in a very happy atmosphere and our two little warriors Maya and Djibril tried the camera for the first time! Stephen Kidd and his assistant Alexandre d’Audiffret worked hard and proved to be great entertainers to make our stars feel comfortable and to capture their most beautiful smiles.

Maya’s story: a very touching one.

She has a nephroblastoma and was first treated in Algeria where doctors quickly admitted that they could not treat her properly since they did not have the appropriate drugs. Her mother decided to ask for help on Facebook and thanks to an anonymous person, Maya could obtain a visa and come to France to be treated. Since then she is in better health and her laughs with Stephen and his crew on set were a very pleasing sight! 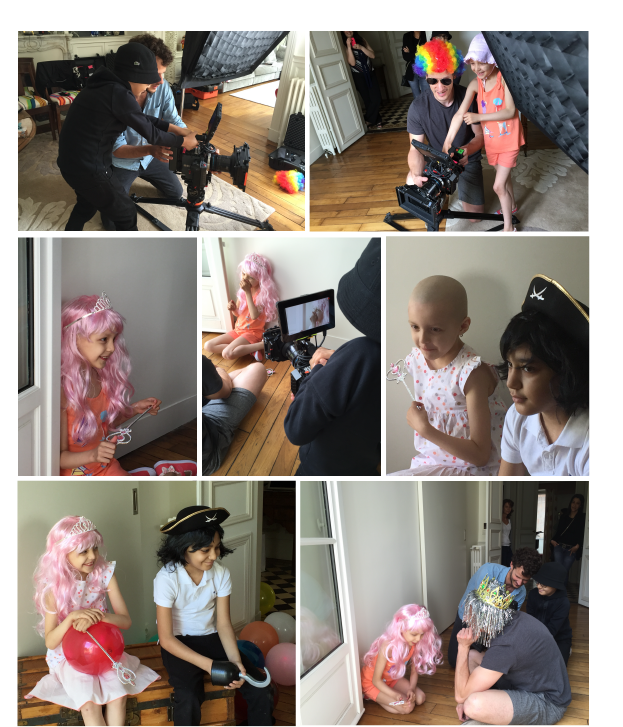