Margo’s story, as told by her mother.

Margaux was born in Johannesburg, South Africa, on the 26th of  september 1995. This was an incredibly joyous time for us, she was our first child, our first daughter . I remember Descilia, her South African nanny, singing traditional zulu songs to her and carrying her on her back wrapped in a large ‘pareo’ a cloth sling. Margaux stayed in touch with Descilia for many years.

A few months after Margaux was born we returned to France, and Margaux got to know her family especially her cousins. We have wonderful memories of fun filled week-ends in Normandy at Margaux’s grandparents house. Floriane, our second daughter was born on Halloween in 1998, bringing even more happiness. Our daughters grew up, enjoying a happy and carefree childhood . 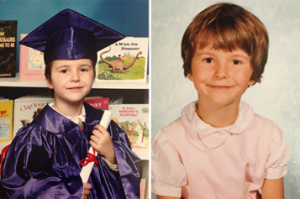 We moved to New York in April 2000 and lived there for about six years. Margaux became fluent in both French and English, she had lots of hobbies and interests and especially loved being surrounded by her friends. She played piano and electric guitar (yes in 8th grade) she took gymnastics and dance classes and learned to scuba dive. We will never forget our time in New York. The memories of those years will remain in our hearts forever, especially the memories of the friends Margaux made in the French American School of New York (FASNY). She had photos of all her friends on her desk and never forgot their birthdays, friendship was very important to Margaux and she was a very loyal friend.

We returned to France in 2006 and leaving these close friends behind was heartrending. Margaux found it difficult to adjust initially, especially as she had to start secondary school without knowing anyone. Luckily, Institut Notre Dame, in Saint Germain en Laye, had a bi-lingual section and this helped Margaux maintain her links with New York.

Her first year in secondary school marked a new chapter in Margaux’s life, new friends, new interests such as horseriding, modern dance and cheerleading. Margaux searched the web and discovered a cheerleading group, the Pom Pom girls, based at the American Church in Paris. I used to drive her to practice every Saturday morning much to her delight.

Margaux had just turned thirteen, she was in 4eme, (year 8) and all was well. She had settled back in France, was performing well at school and was surrounded by close friends. She made regular trips back to New York to see her friends there and had a great time at Chinqueka summer camp. Our ‘teenager’ was vivacious and outgoing.

Margaux threw up and had a blinding headache. That day she saw two doctors who diagnosed a gastro but she didn’t improve. On Saturday 14th of february, Margaux was extremely ill, we rang an ambulance and were taken to hospital. Three doctors examined her but couldn’t find anything in particular wrong. At my insistance Margaux was sent for a scan, while waiting for her to return I had a very bad feeling. A few minutes later, we received the results of the scan, ‘Madam we know why your daughter is having such bad headaches, she has a brain tumour, the ambulance is waiting , you must go immediately to Necker Hospital for further tests’ .

That day our lives were turned upside down and have never been the same again. It was the beginning of a hard battle which lasted 16 months.

Margaux died in our arms , enveloped in our love

Who Am I Text by Margaux 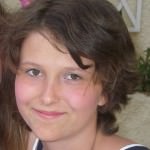 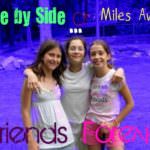 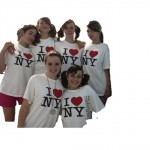