Accelerating the development of new oncology drugs for children and adolescents in Europe with cancer.  This was the theme of the 4th Annual Paediatric Oncology Platform which took place in Brussels over two days, with a hundred or so researchers, paediatric oncologists, representatives from pharmaceutical and biotech laboratories, the European Medicine Agency, the Federal Drug Administration, the European Commission and parents associations.

In order to accelerate the development of new oncology treatments, within a safe context and with optimal tracking, the 3 groups presented their primary proposals to tackle the problems faced today: Unjustified exemptions obtained by Pharmaceutical labs to discontinue their pediatric research significant delays in the development of pediatric treatments incentives to invest in pediatrics, of no use for children’s cancer, which is considered to be an unprofitable market by the big companies.

The age limit imposed on clinical trials which excludes children and adolescents from the trials faced with the realization that there is a legal framework which is hugely inefficient, the concrete proposal of the working groups were:

FORCE the pharmaceuticals to extend their research efforts into pediatrics, if it is scientifically acknowledged that the mechanism of action in adult medicines could also have a positive affect on cancer in children

PRIORITISE drug development for children by targeting, amongst the molecules held by the laboratories, those that allow the most effective treatment

INTEGRATE adolescents into the target groups of promising clinical trials, which are currently limited to adults

FACILITATE investment in pediatric oncology by pharmaceutical and biotech laboratories by offering more effective incentives, especially for the industry players who try to reposition for children a drug that has been rejected for the adult populous or who would voluntarily make development efforts exclusively in pediatrics.  These measures were proposed by the working group lead by the president of Imagine for Margo, Patricia Blanc

Our work will continue with the aim to ACCELERATE development of research.  It’s important work that we will never give up on, as members of the Executive Committee of this European platform and as leaders of a working group.

The next steps will primarily be the mobilisation of our national MPs and to meet up with members of the European Commission.

In order to lead this serious attack, we have co-founded this summer the creation of Unite2Cure which unites a number of French and European charities and which is supported by prestigious research organisations and international researchers.  Most of them were present in Brussels that week and we were also able to present UNITE2CURE and to give a strong voice to the many parents who were there to ensure that children will no longer be “forgotten by research efforts”.

Thank you to the CDDF (Cancer Drug Development Forum), SIOPE (Society of European  Pediatric Oncology) and our partners ITCC (Innovative Therapies for Children with Cancer) for their organization of this conference and the coordination of this wide reaching project. 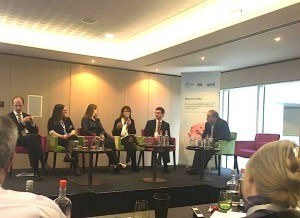 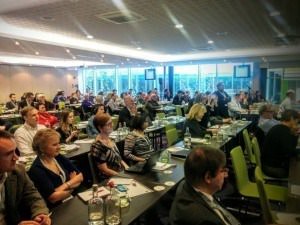