On the occasion of the opening of the international month for the fight against childhood cancer, the Institut Curie and the biotech Onxeo announced the inclusion of the 1st patient in the AsiDNA clinical trial funded by our European call for projects Fight Kids Cancer. The latter aims at assessing the effectiveness of AsiDNATM, a promising molecule in the treatment of high-grade gliomas, in children and teenagers with cancer. To date, 5 patients have entered the trial. 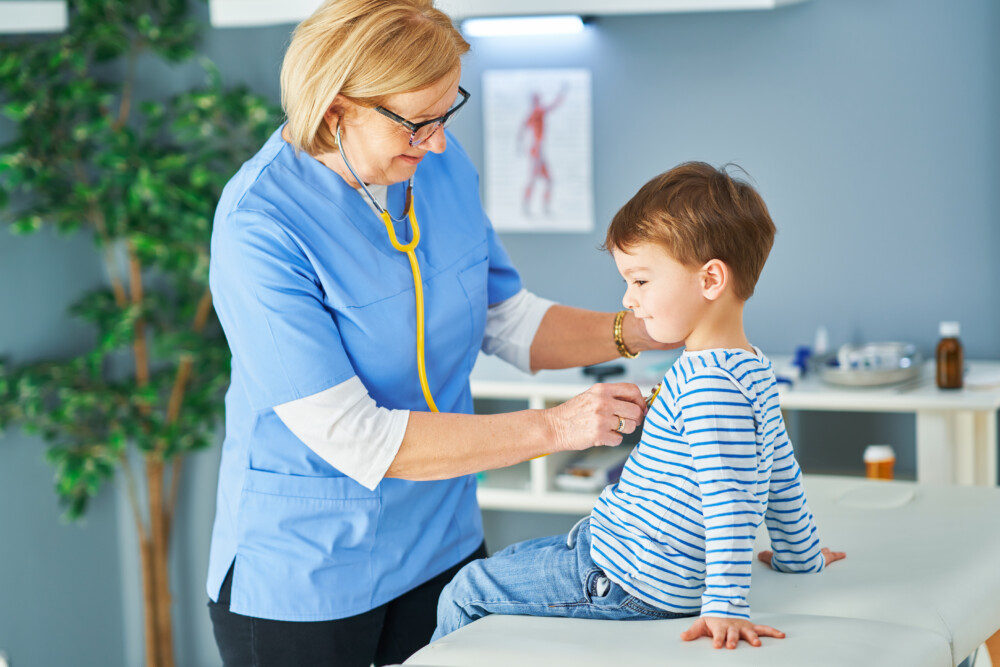 ASIDNA: A TRIAL AGAINST HIGH-GRADE GLIOMA

High-grade gliomas are among the most common malignant tumors (about 20%) of the central nervous system in children and teenagers. They still have a very poor prognosis today with a 5-year survival of less than 20%.

The first-line treatment for high-grade glioma usually consists of surgery followed by radiation therapy. Chemotherapy or other drugs may be added during and/or after radiation therapy depending on the high-grade glioma subtype. These combinations often allow partial control of the disease. Indeed, the latter remains inconstant, often due to the development of tumor cells resistant to treatment.

“AsiDNA Children, Teenagers and Young Adults” is a two-part multicenter study aimed at evaluating the combination of a new drug called AsiDNA with radiotherapy for children and teenagers with recurrent high-grade glioma after treatment having already included radiotherapy.

AsiDNA is a drug that should increase the vulnerability of tumor cells to radiotherapy without increasing toxicity in healthy tissues. How ? Thanks to “Dbait”.

The AsiDNA success story began 20 years ago at Institut Curie.

Indeed, in 2002, the teams of Marie Dutreix, CNRS research director at the Institut Curie, succeeded in developing molecules known as “decoys”, the Dbait (from bait in English). The particularity of the latter is that they increase the effectiveness of radiotherapy by “making the tumor cell believe” that the effectiveness of the treatment is much higher than the reality. “By seeking to understand the resistance to radiation observed in nearly 20% of patients, we have developed small molecules that resemble damaged DNA and disrupt the cellular mechanisms that make it possible to resist radiotherapy,” explains the researcher. Result: these “decoys” overwhelm the tumor cell and cause its self-destruction.

After this discovery, the researchers improved the tools, multiplied the angles of observation, in order to better understand and validate the functioning of Dbait. It was finally in 2016 that the development of these molecules with high potential to counter the resistance of treatments reached a new milestone. Indeed, Onxeo, a biotech specializing in the development of innovative drugs to fight rare or resistant cancers, joined in the dance by buying the Institut Curie spin-off, DNA Therapeutics. This action has boosted the clinical development of these Dbait, up to the development of the program that we co-finance: AsiDNA.

AsiDNA is a new type of drug capable of disrupting and exhausting the ability of tumor cells to repair their DNA. Its mechanism of action should make it possible to increase the vulnerability of tumor cells to radiotherapy without increasing toxicity in healthy tissues. If results have already been observed in adults, the inclusion of the first young patients represents a major step which should make it possible to confirm the hypotheses and the hopes placed in this new treatment.

“The inclusion of the first patients is an important step in this proof-of-concept study, the aim of which is to assess the effectiveness and good tolerance of the systemic administration of AsiDNA combined with a new radiotherapy. We hope that this study will provide encouraging evidence to improve the prognosis of this disease for which the need for new treatments is major.” concludes Professor François Doz, pediatric oncologist, deputy director of clinical research, innovation and education at the SIREDO Center at Institut Curie, and principal investigator of the study.

This phase 1b/2 study, whose protocol was designed by the Institut Curie in cooperation with Onxeo, benefits from a grant from our European Fight Kids Cancer call for projects. It is conducted within the framework of the European ITCC consortium on a maximum number of 34 patients. The first patient in the study was included in the SIREDO Center at Institut Curie in May 2022. Other French centers are taking part in this study and its opening to other European countries is planned in the coming months. The first interim results of the study are expected in the 1st quarter of 2024.

The clinical validation of this innovative therapy, born in the laboratories of the Institut Curie and developed with a biotech and financed thanks to our Fight Kids Cancer call for projects, represents a great hope, as well as a model, to fight against pediatric cancers.

Find out about the other programs we fund. To help us speed up the search, you can donate here.